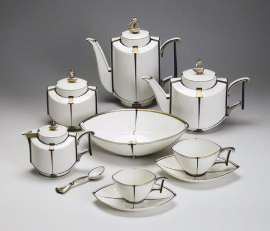 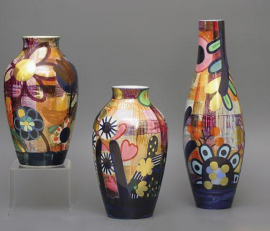 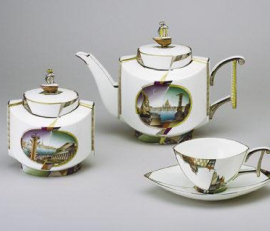 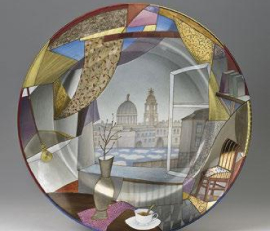 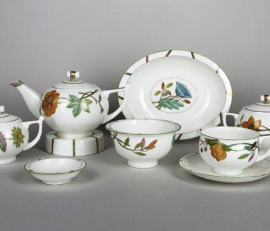 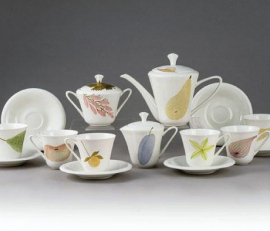 The year 2002 witnessed an event that marked the start of a new period in the history of the enterprise: the controlling shareholding was bought out from the foreign owners by the family of well-known Russian entrepreneurs and donators – Nikolay Tsvetkov and Galina Tsvetkova. Galina Tsvetkova, an art collector, connoisseur and expert in Russian artistic porcelain, was appointed Chairman of the Overseeing Committee of Lomonosov Porcelain Factory Company. One of the major trends in the art strategy of the enterprise became the encouragement of contemporary porcelain artists’ individual creativity. At the end of 2003 a new department of the Hermitage Museum - “The Museum of the Imperial Porcelain Manufactory” based on the rich collection of the factory has been opened. This event has laid the beginning of a new creative union of the earliest porcelain enterprise and the main art museum of the state.

The Imperial Porcelain Manufactory is one of few enterprises of the art industry that has steadily preserved its creative team. Nowadays, about two dozens of highly qualified artists and sculptors are working in the creative laboratory of the enterprise. Artists create new works, different from one another and winning recognition both among lovers of porcelain and among the experts. Six artists of the Imperial Porcelain Manufactory have an honourary rank of “Merited Artist of the Russian Federation”, four leading artists are members of the Russian Academy of Arts and a number of them are awarded medals and diplomas of the Academy. An important factor stimulating the artists’ creative efforts are exhibition projects, which offer a wide field for innovative experiments. Works created at the Imperial Porcelain Manufactory are regularly put on display in the State Hermitage, State Russian Museum, State Moscow Kremlin Museum-Preserve, Tsarskoye Selo State Museum-Preserve, Peterhof State Museum-Preserve and other major museum complexes of Russia. In 2006 shareholders initiated the creation at the factory of the Heritage Foundation, in which the best works by contemporary masters of the Imperial Porcelain Manufactory are preserved. Today the foundation boasts a unique collection of present-day artists’ individual porcelain works.

In search of new artistic solutions the factory regularly invites well-known contemporary artists for cooperation.
Alongside creative experiments, an important feature of the period from the 1990s to 2010s becomes a turn to the art history of the enterprise. This interest is witnessed by the creation of replicas of unique works from the imperial period as well as masterpieces of propaganda porcelain. In 2007 the famous vase dating from the first decades of the nineteenth century, Gossipers, one of the most perfect works from this age, was recreated. It took four long years for sculptors and artists to produce exact copies of crater-shaped vases from a sample dating from 1830. In 2007 the factory’s masters began to recreate the sculptural series The Peoples of Russia. By 2019 all the 74 sculptures from models by Pavel Kamensky have been recreated. The copies of masterpieces of the eighteenth to twentieth centuries are executed by the best master craftsmen with the use of the originals kept in the collection of the State Hermitage and other Russian museums. During the recent years many lost technologies have been regained, including hand-modelled bouquets of porcelain paste, pâte-sur-pâte technique and crystal glazes.

Among the most important trends in the activities of the enterprise are special commissions of various kinds – from private clients to major companies and government organizations. In 2003, dinner service complexes with the hallmark of the Lomonosov Porcelain Factory (LFZ) were used to lay the tables at all official receptions devoted to the Tercentenary of St Petersburg. In the middle of the 2000s the factory’s experts successfully fulfilled government commissions for the EurAsEC and Russia-EU international summits.

Since 2008 the factory is supervised by Tatyana Tylevich. Nowadays more than two million articles are annually produced at the factory, the repertory is regularly innovated, a retail network is being enlarged and a volume of foreign trade grows.
Today, articles with the mark of “imperial porcelain” offer a wide range of high-quality household wares and unique works of art, superb porcelain replicas of eighteenth to twentieth-century masterpieces and contemporary individual artistic works, which represent new achievements in the development of artistic porcelain. The articles produced at the factory in different periods of its history are the pride of major museums and private art collections.

About three centuries have passed since the foundation of the Neva Porcelain Manufactory. Rulers and epochs, art styles and trends were changing. Periods of crisis and depression of production rate were replaced with periods of recovery, development and flowering of the art of Russian porcelain. Even in the severe times of wars and revolutions, the history of the first porcelain enterprise of Russia was not interrupted thanks to the experience and traditions passed down from one generation to the next, thanks to the professionals, who having a good command of their work and truly loving it. Relying on the inseparable link of age-old traditions and new creative quests, the St Petersburg school of porcelain, which became one of important symbols of the Northern Capital and an important feature of the national culture of Russia, continues its successful development.